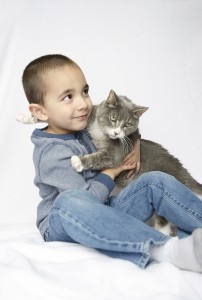 Meet Bon Jovi, featured as the Adoption Poster Pet for our April 15, 16, and 17, 2016 National Adoption Weekend. Bon Jovi is now nine years old and was adopted from a local Pet Valu store during Pet Appreciation Month three years ago. Bon Jovi had been in the store for seven months before being adopted by Jack and his family. The story of Jack and Bon Jovi starts when Jack, now 4 years old, was just under a year old. Alysia, Jack’s Mom, would take him into the store to visit the adoptable cats.

We interviewed Alysia to learn more of her family’s National Adoption Weekend story (hint: it ends in ‘they lived happily ever after).

Can you tell us about when you first met Bon Jovi (the cat)?

The first time we met Jovi, I had just spoken with my mom (a Pet Valu franchise business consultant), who happened to be at Pet Valu in the south end of Barrie, so we decided to go say hi and see the pets! We didn’t have any intent of adopting at that time actually, but that’s the first time Jack reached his hand out to the cats, and Jovi came right up and gave Jack ‘Jovi kisses’ on his hand. Jack thought it was hilarious!

We hear he’d been looking for his Forever Home for quite some time.

When we decided to add to our family by adopting a cat, my mom was the one to inform me that Jovi still needed a home. She said he had already been at the store for 7 months. It seems as though older cats aren’t often adopted because everyone wants the cute kitten stage. I guess they don’t realize the positives of adopting an older cat, especially when you have children. When they are older, you know their personality better… whether they are snuggly, or more shy for example. Not only that, but when they are adopted older, they are fixed and have all their shots (minus rabies, but those you get at yearly checkups), which puts my mind at ease for Jovi’s health.

Jovi is so cute with your children, can you tell us a little about their relationship?

Jovi is amazing with the kids! He is incredibly patient and snuggly! Jack is four now, so their play consists of marbles, laser pointers, being carried around for snuggles, and hanging out in home-made forts, etc. Jovi joins us for things like card games, puzzles, Lego towers, race cars and train sets. Jovi doesn’t like the vacuum. When Jack was younger, he would crawl after Jovi and scream in excitement as Jovi let him ‘pat’ him (with all the grace of an almost-toddler haha). Jovi would let Jack climb all over him and he would just lay there happily and purr. They would play hide and seek together, and even have bubble baths together! Jack still loves to feed him treats, and of course, Jovi loves that he feeds him treats too! They are the best of buds and Jovi has never once gotten angry or scratched. Now, Jovi gets to go through the baby and toddler stages again with Jack’s younger sister. So far he’s doing a great job! (And so is Jack, of course!)

What else does Jovi like to do at home?

Jovi likes to be found in the bathroom sink and on the bedroom window sill where we have a friendly squirrel who sits on the other side of the glass. They stare at each other almost daily and Jovi ‘talks’ to it. It’s hilarious!

What are his favourite treats from Pet Valu?

Jovi’s favourite treats are the Greenies! But if you offer his food one at a time (Performatrin Ultra Limited Ingredient Diet Potato & Turkey Formula) he thinks those are treats too!

If you could give advice to people considering adopting a pet this National Adoption Weekend, what would it be?

If I were to give advice for adoption weekend it would be;

You can see Jack and Jovi, and read more about this dynamic duo, in the Spring & Summer 2016 Issue of Companion Magazine. 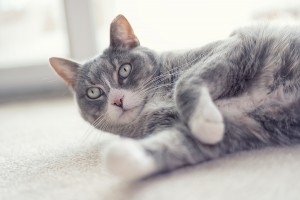 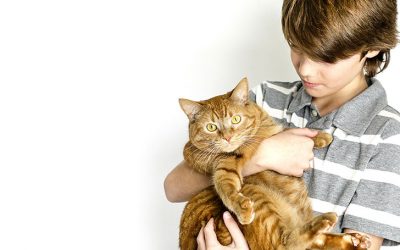 Learn more about Tina, who found her forever home from one of our adoption centres.

END_OF_DOCUMENT_TOKEN_TO_BE_REPLACED

Learn more about Adam and Cosmo whose lives were changed by the in-store adoption.

END_OF_DOCUMENT_TOKEN_TO_BE_REPLACED 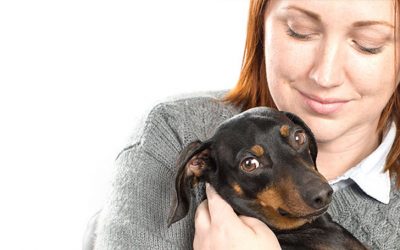 Learn more about Alison and Pretzel – who met at Pet Valu!